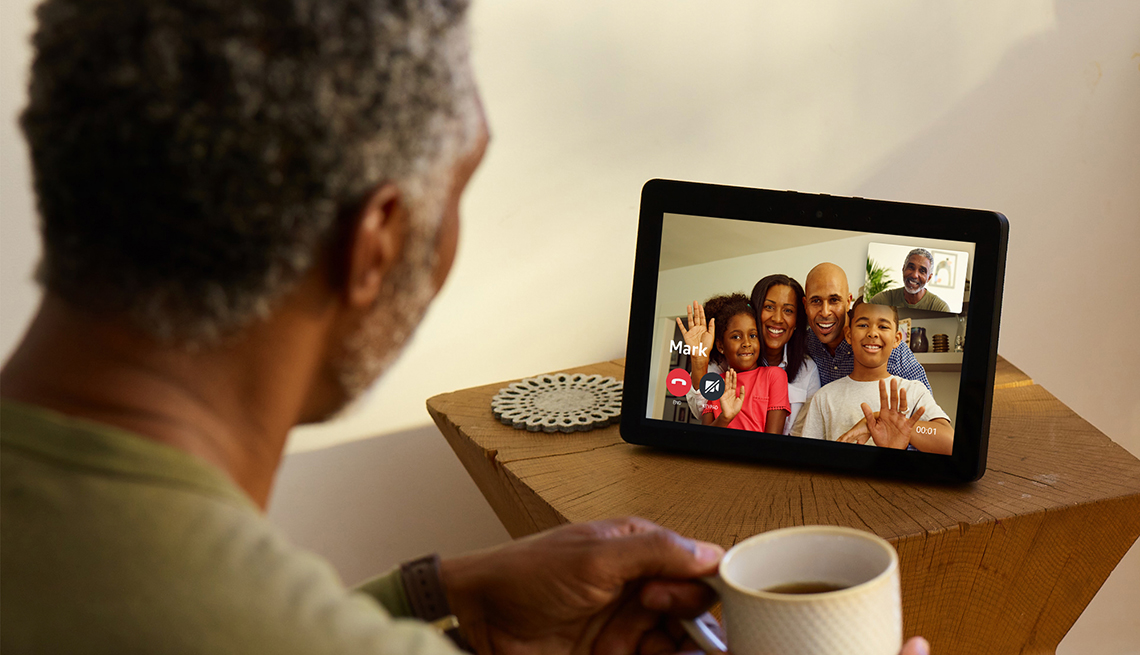 Workers in long-term care homes will tell you there’s nothing sadder than an elderly resident who doesn’t get visitors.

When my Dad was in long-term care, our whole family and some of his friends visited often, but he still admitted to times when he felt lonely and isolated. Loss of independence and many other factors contribute to residents feeling like they’re out of the loop on what the rest of the world is up to.

Before I completely bum you out about getting old, it’s not all bleak and hopeless.  Many shut-in seniors are enjoying the company of smart speakers. Their AI pals like Cortana and Alexa are challenging their brains, answering their questions and helping them communicate with the outside world. Mobility issues, vision problems and other harbingers of old age can be overcome, if the person has a voice.

Many older folks aren’t interested in technology when it requires them to learn a bunch of new, unintuitive modalities (double tapping, pinching, swiping up for this and down for that, etc.).  But everyone knows how to talk, so communicating with a smart device such as the Amazon Echo or Google Home doesn’t require from the user anything more than speaking.  In this instance, technology isn’t replacing the humans in their lives. It’s enhancing what and who they already have.

For more than a year now, England’s Hampton Care Home has been using the Amazon Echo for two of its elderly residents. A reporter from the Sun newspaper visited the Home and discovered firsthand how Voice First technology improves the lives of elderly people in its care, including:

Home managers explain that the speakers don’t replace human care workers, but free those support staff from tending to small tasks so they can be available for important things.  At the same time, the speakers restore a bit of independence to the residents.  Calling for help, getting the correct time (and date), as well as making phone calls, are all just a spoken request away.  Even we, budding seniors of all ages, are loving the convenience of having an AI at our beck and call (as in our ability to add to an ongoing shopping lists when we think of items we need).

Smart speakers are also proving helpful with those seniors who want to stay in their own homes as long as possible, with some outside assistance. Reminders aren’t just for pills and wake-up times. They can safeguard against forgetfulness. Key finders and phone finders solve life’s little where-did-I-leave-it mysteries.  Alexa can remind the senior to turn off their stove when they’re done cooking, or to go take that walk or to check on a friend.

Having a smart home, one that’s connected to your device, can make life a lot easier for anyone, including a senior. Adjusting the thermostat, controlling lights and sounds as well as the TV need not require getting up and fiddling with dials and switches anymore. Smart doorbells vibrate a smartphone as well as ring, so the hearing impaired know someone’s at the door. Speakers can act as intercoms throughout a house. The possibilities are limited only by your budget.

You know your parent or grandparent would benefit from a smart speaker but how can you convince them of it? This is where the simplicity of voice has its benefits.  Encourage them to think of Alexa or Google Assistant as their helpful, knowledgeable friend rather than as a bleeding edge, state-of-the-art AI.  List the things they won’t have to do, such as type, remember 100 passwords and operate a mouse! ”You just talk to the thing, Mom, and you tell it what you want.” And then tell them all the things their new friend can do for them.

Many seniors stop reading books because of their fading eyesight or a variety of other health-related reasons (such as the weight of the book).  With a subscription to Audible and an Amazon Echo, Alexa will bring them the audiobooks of their choosing.  It’s less expensive than buying book-books and no storage space is necessary. You need the arm strength of The Rock to hold up a massive Stephen King novel while reading in bed.  With audiobooks, you just relax (or multi-task) and enjoy.

Another great benefit of Voice First for seniors is that it offers companionship. Whether in their home or in long-term care, seniors are more active than ever, but many still have times of loneliness. Perhaps they’re widowed or their family members live far away. A US government study by the National Institute on Aging finds older adults who are social, are healthier. Loneliness was shown to have adverse physical effects on the body, including the risk of high blood pressure and depression. Back at the Hampton Care Home, the two elderly women using Amazon’s Echo in a pilot project, are now relying on Alexa as their trusted assistant and invisible pal. 89-year-old Ruth tells The Sun, “Alexa is an absolute lifeline. I’d be bored stiff without her”.